According to the Eurobarometer, women are less active than men. The European Commission fights inequality with numerous new initiatives 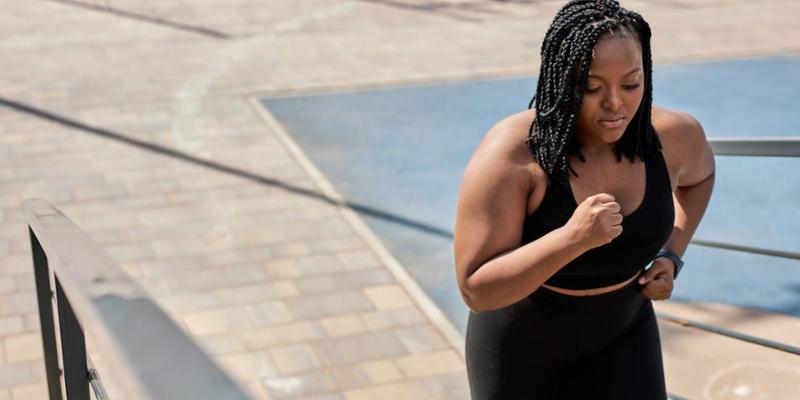 Increasing the participation of women and girls across Europe is a key part of the European Commission’s agenda. Roman Chazov/Shutterstock

The new Eurobarometer survey results published by the European Commission clearly show that women are still less active than men.

In an exclusive interview with HCM – carried out as part of a collaboration with Europe Active – European Commissioner Mariya Gabriel says she will target this inequality with a number of actions, including organizing a conference on gender equality in 2023.

Initiatives taken so far include the appointment of young female coach Willemijn van Aggelen as a role model and ambassador for the European Week of Sport 2022 and the creation of the #BeInclusive EU Sport Awards 2022 to honor women and girls. involvement.

The new European Conference on Equality in Sport in 2023 will also look at the issue: “This is a problem that needs to be looked at in its European dimension to have an impact at the local level,” says Gabriel.

In addition, Gabriel aims to ensure that inclusion and diversity are priorities in the Erasmus+ program, which supports projects in education, vocational training, youth and sports.

The results of the Eurobarometer were announced just before the European Week of Sport, the European Commission’s flagship project to raise awareness of the importance of an active lifestyle.

This year 23.-30.9. the organized event is supported by Europe Active, which has been behind the #BeActive movement across Europe since its foundation in 2015. The themes of the European Week of Sport 2022 focus on inclusion and equality, healthy lifestyles and youth.

As part of a wider interview HCMwhich will be published in the next issue of the magazine, Gabriel also confirmed that the development of green operational infrastructure to achieve net zero and European Green Deal goals is part of his vision.

“Small adjustments are no longer enough, we have to change the game,” Gabriel said. “This requires innovation, investment and commitment to a sustainable future.”

The current sports work plan (2021-2024) is designed to support green goals. “This group is preparing recommendations on how the sport and activity sector can make a green transition and how local and regional economies could benefit from it,” he explained.

Gabriel also revealed the new People and the Planet pilot project, which aims to use the power of activity and sport to raise awareness of sustainable development and motivate the public to participate in environmental protection.

He hopes the successful outcome of the European Week of Sport – which grew from 7,000 events in 2015 to 45,000 events and more than 11 million participants in 2021 – will help increase physical activity across Europe and advance the inclusivity agenda.

“My aim is to have an inclusive European Week of Sport that breaks all attendance records and reaches everyone across Europe – especially young people,” said Gabriel. “I would like Europe’s young people to be more active – physically and socially – and in civic life.

Get a copy of the interview with Mariya Gabriel, European Commissioner for Innovation, Research, Culture, Education and Youth, in the next issue HCMsubscribe to the free digital magazine here: www.HCMmag.com/signup.